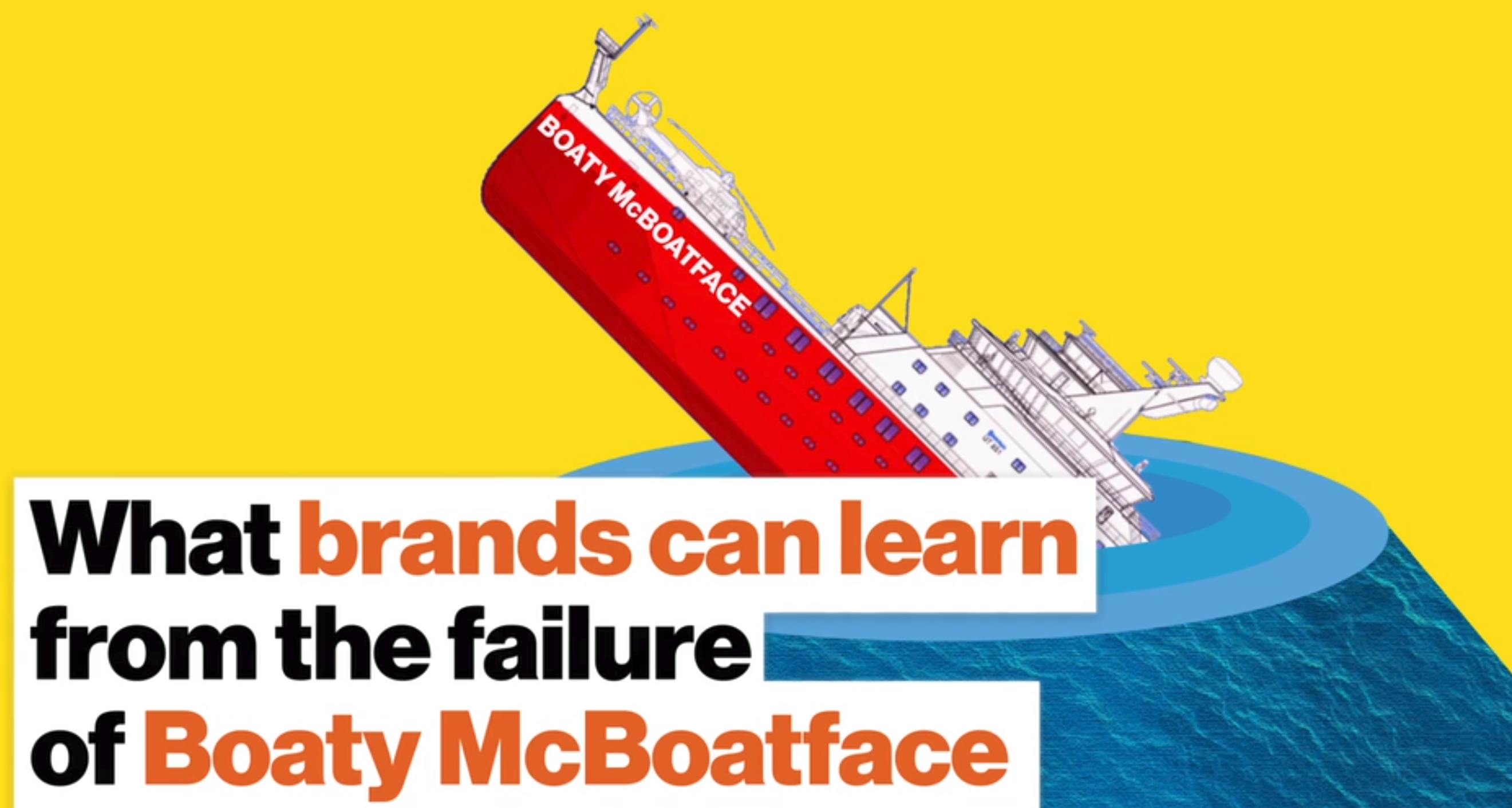 The legend of Boaty McBoatface: Lessons in brand management from a colossal failure

In March 2016, the British Natural Environment Research Council (NERC) decided to crowdsource the name of its new $300 million arctic explorer vessel. It hoped the public would suggest something like ‘Shackleton’ or ‘Endeavor’, but the moment someone suggested the name ‘Boaty McBoatface’, it went viral and shot to the top of the poll. The NERC had the right idea in harnessing the power of crowds, explains Henry Timms, executive director of the 92nd Street Y in New York, but it lacked the skills needed to pull it off. Instead of turning Boaty McBoatface into an opportunity to revive science education and merchandise Boaty, it shut the idea down, canceled the competition and named the ship ‘Sir David Attenborough’. “There’s a set of very clear skills in how you go about harnessing the crowd. And you look around the world right now, any corporation, any nonprofit, any leader who wants to come out on top needs to think a lot more carefully about how they negotiate with the crowd,” says Timms. Here, he shares the four key components of successful crowdsourcing and brand building, and explains how Lego used those methods to pull itself out of near-bankruptcy and up to new heights. Henry Timms is the co-author of New Power: How Power Works in Our Hyperconnected World-and How to Make It Work for You